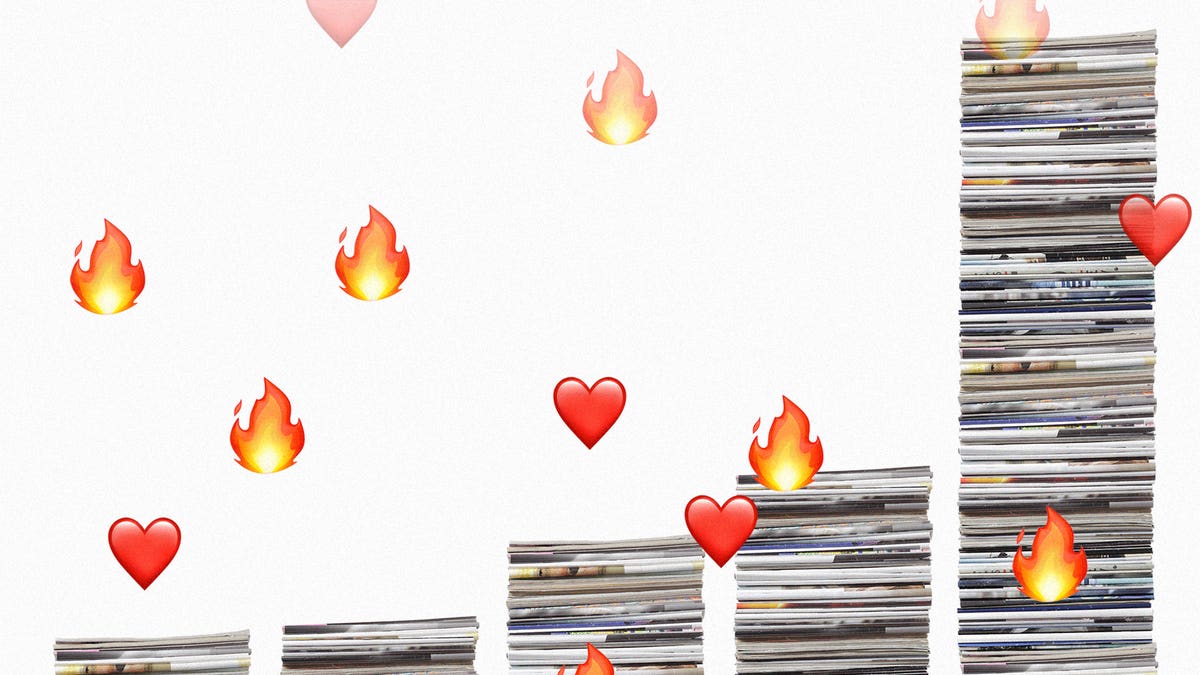 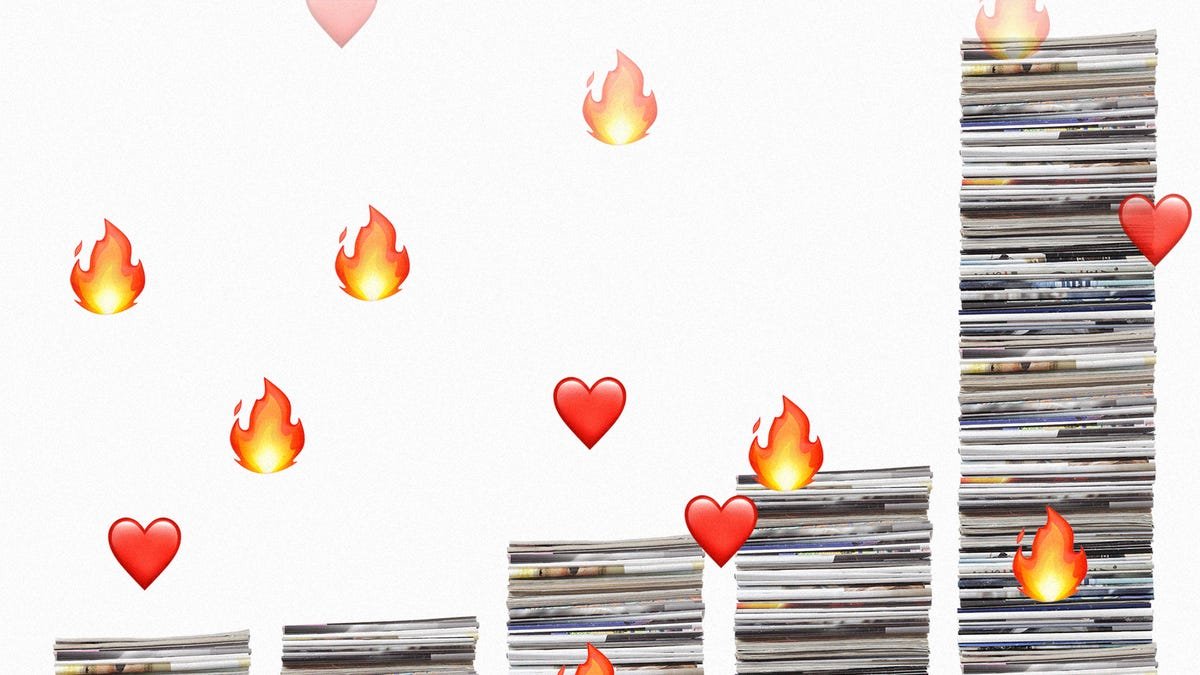 Future Media’s CEO has used cost-cutting and e-commerce sales to drive the company’s stock up, in what now looks like a playbook for the entire magazine industry.

The London offices of Future Plc are at the dead end of a decidedly unfashionable west London cul-de-sac, flanked by a couple of cheap hostels. Inside the squat white building are rows and rows of cheap particleboard desks, all of them empty. Eighteen months after the start of the pandemic, many of the company’s staff of 2,500 are still working remotely to publish 80 hobbyist magazines ranging from Guitar Player and PC Gamer to Radio World and Golf Monthly. But the boardroom, where CEO Zillah Byng-Thorne is holding court, is lined with garish black and red leather $200 gaming chairs.  “We got them free from one of our events, and I thought we could have them in our office,” shrugs Byng-Thorne.

Byng-Thorne knows a lot about penny-pinching. The 46-year-old landed as CEO in March 2014 after her boss was ousted by investors when a debt-ridden Future’s market cap crumbled to just $40 million and revenues to $103 million. “The business was going bust,” she says. “The shareholders were exceptionally supportive, but I had to say, ‘I have no idea what is going on. Give me a year.’”

In her first six months at the helm, Byng-Thorne slashed 400 jobs, around 40% of its staff, moving jobs from San Francisco to the “low-cost” west of England, and sold a bundle of 17 magazines, including prized title Procycling, for $36 million. “Unless you put out the fires, you don’t get the right to think about what you’re doing [next] as a business,” says Byng-Thorne.

Since then, Byng-Thorne has transformed Future into a digital-content powerhouse generating a $95.7 million profit last year from sales of $451 million. The share price is up 3,821% in just over six years, translating into a market cap of $6.3 billion. Byng-Thorne broke Future’s reliance on newsstand and advertising and refocused the entire venture on events, data and, most critically, e-commerce. Around a quarter of Future’s revenue comes from what is known as “affiliate marketing.” Basically, that is the commission—sometimes of up to 8%—that Future receives when a reader clicks through to buy a gadget on Amazon after reading a TechRadar review. Every major media brand, from the New York Times to Forbes, has dabbled in the affiliate marketing sandbox, but with her portfolio of product-focused publications, Byng-Thorne has been able to cash in better than most.

“There are very few businesses that have shown the ability to monetize magazine content online, and Future does it significantly better than anyone else,” says Mark Slater, cofounder of Slater Investments, a London-based fund managing $2.5 billion and a major Future shareholder. “This focus on customers with intent to buy is very, very distinctive, and there aren’t many businesses like it.”

Byng-Thorne, who is a trained accountant, had a knack for financial CPR from her time in the executive ranks of two floundering U.K. businesses: liquor store chain Threshers and bookseller Waterstones. But before Future, her only media experience was as interim CEO of a car classified magazine called Auto Trader. She canned the bulky print magazine, cut jobs and hit fast-forward on her predecessor’s mobile-first strategy. “This was pretty much the model for a print-to-digital business,” says Colin Morrison, a longtime media exec who is the founder of the Flashes & Flames blog.

Byng-Thorne’s Auto Trader strategy paid off handsomely when the company went public in 2015 for $3.5 billion. But she didn’t share in that success, having left the company in 2013 after being passed over for the permanent CEO role. “This was quite a disappointment personally for Zillah, and I think Future has been all about that. She’s very, very motivated by success,” says one of Future’s institutional investors.

Having cracked the print-to-digital code, at least for hobbyist magazines, Byng-Thorne has been busy using her suddenly valuable stock to buy more. Since 2016, she has spent $1.91 billion on 21 deals for dozens of titles. Most recently, in August, she acquired Kiplinger’s Personal Finance, The Week and ten other titles from Dennis Publishing, the former lad-mag giant responsible for Maxim and Stuff, for $415 million. As one of the few buyers of unloved print assets, Byng-Thorne can drive a hard bargain and her expertise in stripping out costs makes each deal even sweeter.

“When Zillah looks at acquisitions, she’s very tough on price,” says Slater. “There was a golf magazine, Golf Digest, that Discovery bought for $30 million—Future offered $2 million, for instance.”

This rapid-fire dealmaking made Future a target for London-based hedge fund Shadowfall in 2020, which branded it a collection of “low-quality, often distinct and shrinking assets.” This attack was rebuffed, but her largest deal, a $795 million takeover of car insurance quote website GoCompare in November, rattled investors. But Byng-Thorne isn’t backing down: If Future can be the trusted guide for buying headphones, why not car insurance? “Increasingly, people aren’t searching for cheapest, they are searching for best. They want someone to help them to work out what to buy,” she says.

Napoleon glares from the meeting room screen (he’s the cover story of a Future history magazine) as Byng-Thorne outlines her next campaign—hoovering up more American readers and e-commerce sales. Future has carved out a profitable niche in sports, music and tech but is now actively looking for acquisitions in women’s lifestyle and home decor. That means challenging U.S. print powerhouses Hearst, Meredith and Condé Nast on their home turf, a strategy that just seven years ago would have seemed unrealistic to the point of being inconceivable.

“I would go home at night sometimes thinking, ‘Have I got enough money to pay the payroll?’” recalls Byng-Thorne. “Suddenly I find myself asking, ‘How do we get to one in three people in America?’” 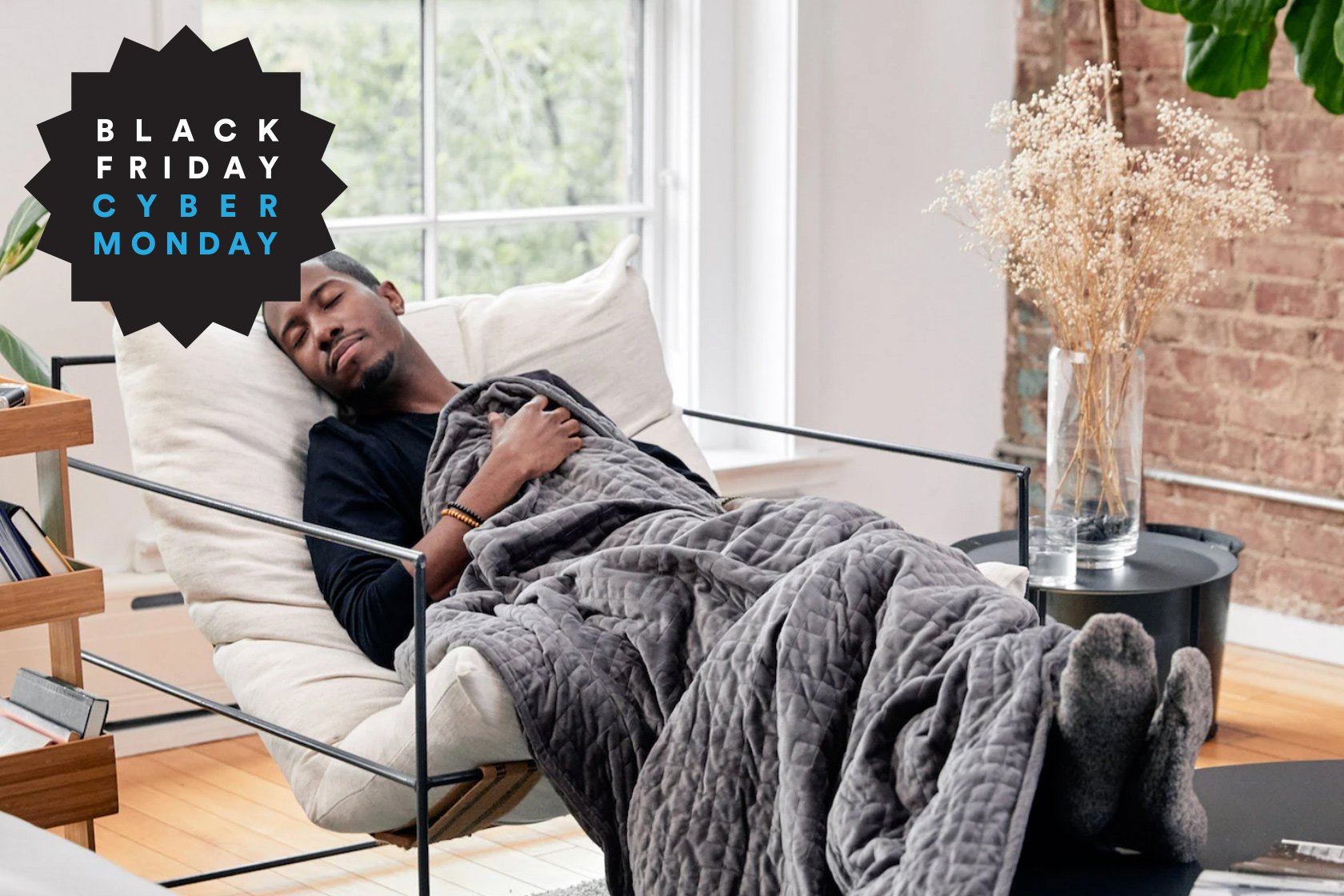