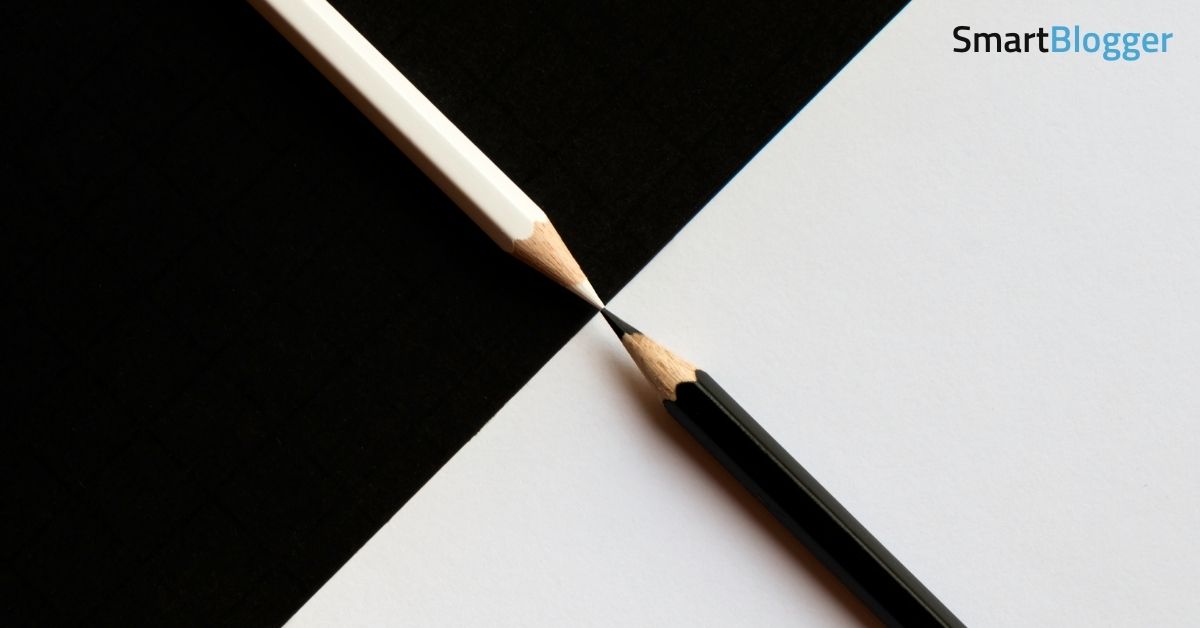 Tell me if this sounds familiar.

You’ve heard the term “juxtaposition” but you’re not quite sure how it’s used.

Heck, you’re not even sure how to define juxtaposition.

But I want to let you in on a little secret:

This literary device can transform your writing from dead and dull to captivating and thought-provoking.

Simply put, juxtaposition is a literary device that places two things side by side for a contrasting effect.

For example, consider how the Yin and Yang symbol has contrasting colors. This creates a visual juxtaposition between the black and white.

But here’s the deal:

Juxtaposition is an umbrella literary technique that includes more specific types of contrasts. Oxymorons, foils, and antitheses all fall under this juxtaposition umbrella.

Now let’s look at some examples and get a better idea.

There’s no doubt about it.

Part of what makes juxtaposition so powerful is its versatility. Characters, images, objects, and ideas can all be juxtaposed with one another.

Speaking of literature, that’s a good place to start.

Examples of Juxtaposition from Literature

One of the most classic juxtaposition examples comes from Robert Frost’s poetry:

“Two roads diverged in a wood, and I-

I took the one less traveled by,

And that has made all the difference.”

Frost’s juxtaposition highlights the contrast between the two paths. One path is well-worn while the other is less traveled.

A Tale of Two Cities by Charles Dickens is another classic example. In this story, Dickens writes:

The best of times and worst? Is that possible?

Then you realize Dickens is using these contrasting elements to demonstrate the highs and lows of life.

Do you see what Dickens just did?

He made you stop and think. And that’s one of the main goals of juxtaposition.

We also see a similar example in Francis Edward Smedley’s novel Frank Fairleigh. He has a sentence that says:

“All is fair in love and war.”

Smedley places the two contrasting concepts, love and war, together to form an oxymoron.

Then we have a good ol’ fashioned good versus evil juxtaposition.

And who better to do it than Shakespeare?

In Shakespeare’s Othello, Iago is the evil “friend” who manipulates the good guy, Othello.

Othello loves his wife, but he allows his evil side to murder her out of jealously. Shakespeare used this foil technique to make an interesting storyline.

So interesting, in fact, that he used several juxtapositions throughout his work.

“That is hot ice, and wondrous strange snow!”

Hot and ice contrast each other to create the perfect oxymoron.

Juxtaposition Examples in Movies and TV

You remember watching The Lion King for the first time, right?

It’s the most popular Disney film of all time — earning the company over $8 billion since it was released.

We see two brothers, Mufasa and Scar, battle it out until one of them dies. In case you haven’t seen it, I won’t spoil the ending but…

We see more good versus evil juxtapositions from the Harry Potter series.

Harry plays the hero while Voldermort plays the “most evil wizard for hundreds and hundreds of years.”

Why is the good versus evil theme so common?

Simple. Because it grabs your attention and gives you a side to root for.

You’re invested in the storyline because of it.

Now let’s shift gears to a funny foil example. Take a look at the trailer for Pixar’s movie Up:

Carl Fredricksen is a cranky old man while Russell is a young energetic kid. Juxtaposing these two characters creates a hilarious dynamic between them.

Because here’s the thing:

If you can make your audience laugh, you win.

The writers behind The Simpsons knew humor better than anyone. Check out this funny clip where Homer adopts a pet lobster:

The juxtaposition here is that Homer sees the lobster, Mr. Pinchy, as a loving pet while Marge sees it as the object of all evil. This creates a hilarious scene based on opposing viewpoints.

Speaking of opposites, do you believe they attract?

They definitely did in the film Pretty Woman.

The main character, Vivian, is a young escort working the streets of LA. Her love interest, Edward, is a successful older man with years of business experience under his belt.

This foil formed a striking juxtaposition and gave credence to the saying “opposites attract.”

Visual juxtaposition is a basic principle that artists use all over the world.

For example, we see juxtaposition photography and paintings all the time.

Renaissance painters used the contrast between light and darkness to differentiate between main figures and their backgrounds.

It gave their paintings depth and drew attention to a main focal point.

Now the question is…

Can visual juxtaposition include more than just black and white?

Yup. Here are a few common juxtaposition examples in art:

But that’s not all.

Vincent Van Gogh also played around with sensory details by incorporating textures in his work.

What do I mean by textures?

Here are a few examples:

For example, the shape composition technique uses big versus small, circles versus squares, and so on.

We see that here:

Notice how the artist places the square box inside the circular spotlight?

You can also find juxtaposition in architecture, street photography, and even graffiti.

For example, you might see a colorful montage of graffiti paired with a contrasting background.

Photographers love how beautifully the colors contrast, so they’ll take juxtaposition photos of it.

Remember listening to LL Cool J as a kid?

Alright, well, his song “Hollis to Hollywood” has these lyrics:

But too many True Lies can make a honey please

Placing “true” and “lies” together makes an oxymoron.

Another oxymoron example comes from the Kinks song “Definite Maybe”:

But all I ever get is a definite maybe.

It’s also found in Aerosmith’s “Love In An Elevator”:

Love in an elevator

Livin’ it up when I’m goin’ down

You probably never realized how popular juxtapositions are in music, did you?

But it doesn’t stop there.

We see it in Hazel O’Connor’s “Who Needs It?” which includes these lyrics:

Here comes the era, the era of the living dead

As you can tell, juxtapositions span all music genres, including David Bowie’s song “Just Dance”:

Put on your red shoes and dance the blues

This juxtaposition later became one of the most popular lines in that song.

This brings me to my next point…

One of my favorite real-life examples comes from Hayden Panettiere and Wladimir Klitschko. They were a former celebrity couple that had a stark height difference:

Their height difference created a visual juxtaposition that everyone commented on.

We also see a few juxtapositions from some of John F. Kennedy’s most famous speeches.

For example, JFK once said, “We shall never negotiate out of fear and never fear to negotiate.”

This quote had a rhetorical effect that JFK was fond of.

The reversal of the words provides a sharp contrast between the ideas.

You’ve heard the saying, “Making a mountain out of a molehill,” right?

This juxtaposition is the size difference. A mountain is huge while a molehill is tiny.

Finally, another example is, “You can’t teach an old dog new tricks.”

The contrast between new and old highlights the difficulty of learning new things after you get stuck in your ways.

Writers are more intentional than some people give us credit for.

Because here’s the deal:

When you use literary terms like juxtaposition, you’re adding complexity to your writing. You can use it to tug at their heartstrings, create suspense, or provide comedic relief.

Next thing you know?

You’re engaging your reader on a deeper level.

Even if you’ve never watched any of the movies, you’re probably familiar with the iconic line, “No. I am your father.”

Darth Vader plays the villain while Luke Skywalker is the hero. This foil technique creates suspense in the storyline.

It led us to a few captivating plot twists in the end:

And that, my friend, is how you create a storyline people still talk about decades later.

Now It’s Time to Put These Juxtaposition Examples to Use

Juxtapositions help your readers draw comparisons between things they might’ve missed otherwise. It’ll also lure them in and make them think.

But don’t just take it from me.

Try it and let the results speak for themselves. Because in the end, all of this is completely useless if you never try it.

So, get inspired to write and use juxtapositions like oxymorons, foils, and antitheses.

You’ll be glad you did. 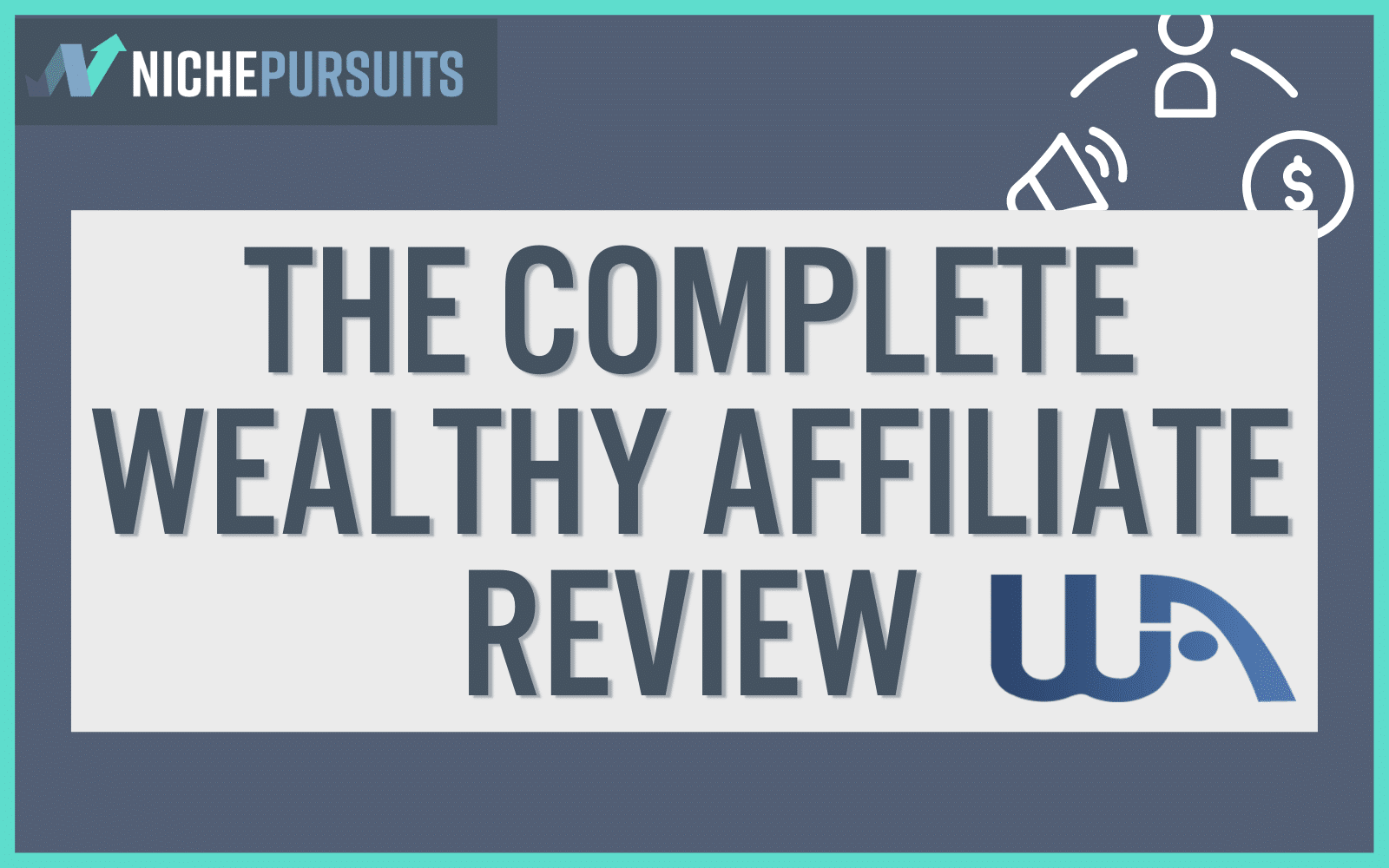 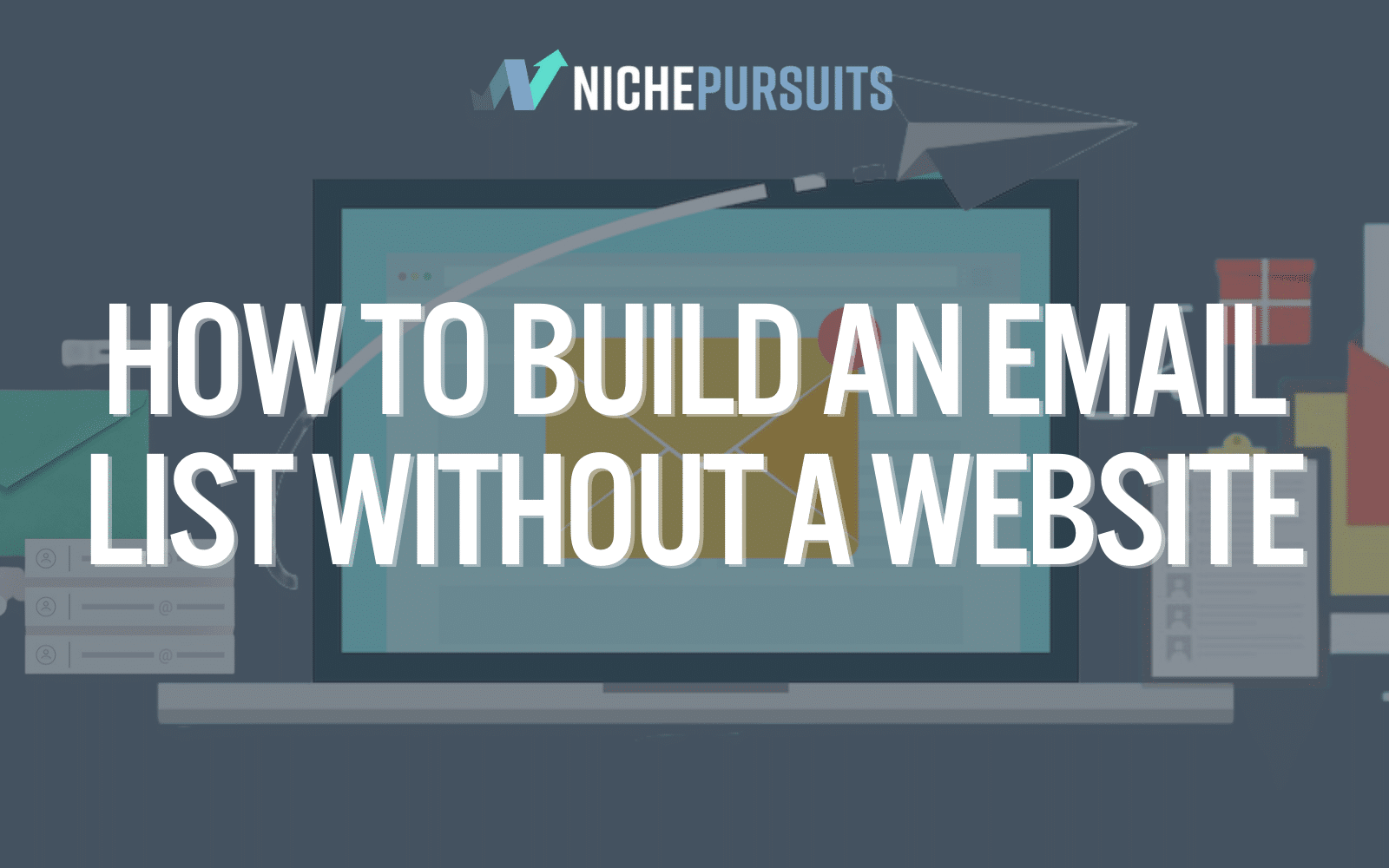 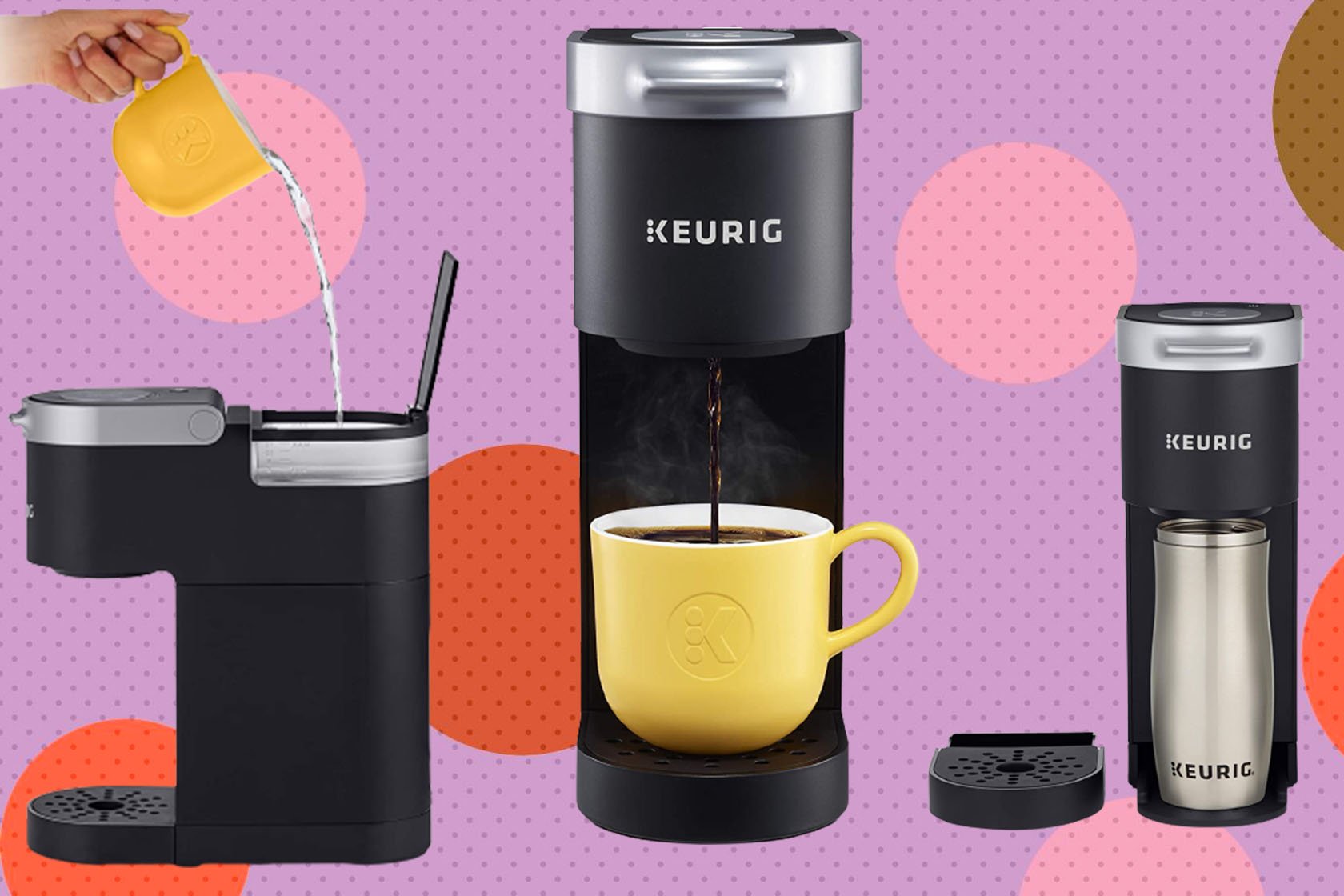