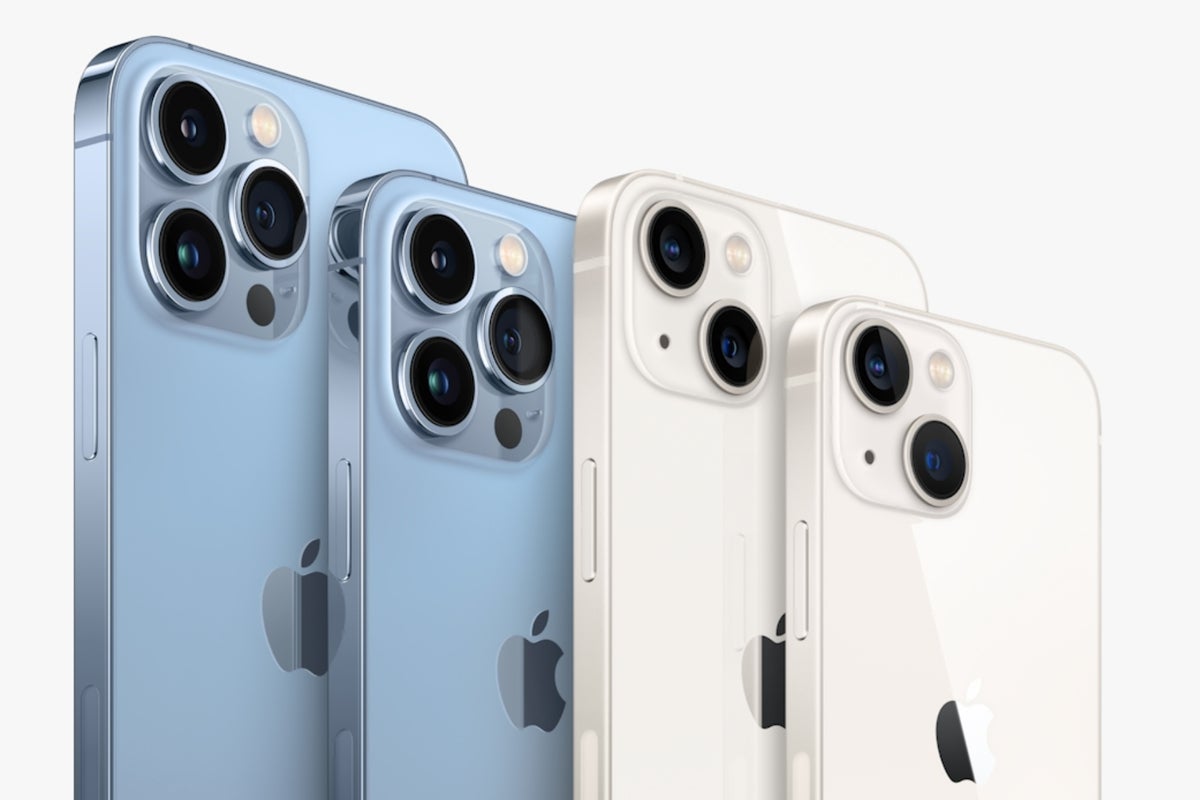 Apple’s 77-minute iPhone 13 event wasn’t the longest such launch in recent memory – the iPhone 7 reveal  took 119 minutes. But the company’s executives still had quite a lot to get through on Tuesday. Here’s what should matter most to enterprise users.

We all want the same things

To be fair, the division between enterprise and consumer expectations for technology continues to erode: Workers want to use the same tools at work as they do at home – and these days most employers feel the same way. Software and hardware are expected to put users first and provide well thought-through user interfaces that reduce, rather than increase, user friction.

The days when enterprise solutions could get away with being unwieldy or hard to use are quickly disappearing in the rear-view mirror. And that means to some extent even the consumer-focused features Apple highlighted have some bearing on enterprise IT. Some items particularly stood out.

Take carrier promotions, for example. I noted them here, but these are emerging globally in a promising arrangement that should see telcos reap more benefit from their 5G infrastructure investments while giving the 95% of existing iPhone users who don’t yet have a 5G device a really good reason to upgrade.

“One of the most important elements of the iPhone 13 launch from our perspective is the carrier promotions (and effective subsidies) that are coming through even bigger than the strong promotions last year.” He observed “promotions as more aggressive than last year – they’re either a higher dollar value or don’t require a net-new line.”

That’s serendipitous, of course, given analyst Morgan Stanley’s belief that 5G is and remains the thing consumers most wanted from the iPhone, followed by improved cameras and better battery life. Apple met all three wishes.

What this means: Put simply, it means there will be a wider market for 5G services. It also means enterprises can continue to evolve digital transformation plans around use of the standard. Higher trade-in values might even tempt recently upgraded mobile teams.

While earlier claims the iPhones would support satellite access proved unfounded, as the n53 band used for these isn’t listed as being supported on Apple’s site, enterprises do get Wi-Fi 6 (802.11ax) support on both iPhone 13, as on iPhone 12 — and much improved wireless on iPad mini, which is arguably the enterprise star of Apple’s show.

You do need an 802.11ax router to take advantage of what Wi-Fi 6 offers, but if you don’t have access to one the device just uses Wi-Fi that is locally available.

What this means: The combination of 5G and faster Wi-Fi will support a range of mobile teams in numerous deployments.

The new iPhones are the first to support dual eSIM. The iPhone 12 had dual-SIM support and worked with both an eSIM and a physical nano-SIM. iPhone 13 still has the physical slot, but can work with two eSIMs for connection without a card.

Apple says: “Carrier-connected iPhone 13 and iPhone 13 Pro models will arrive ready to activate with eSIM and can connect to your cellular voice and data service without a physical SIM card. You will need a Wi-Fi connection for setup.” You can also activate an eSIM on an unconnected device or add an additional line to one that is connected.

What this means: It’s now super-easy to provision remote employees with both personal and work-related numbers. It’s also a bonus for business travelers and anyone who must change networks quickly.

Apple spent no time discussing augmented reality (AR) during the event. That doesn’t mean it isn’t interested – Apple CEO Tim Cook made the point of sharing how important AR is in a subsequent interview. The company is still focused on it, but had nothing to announce.

At the same time, many of the new features in its cameras – particularly Cinematic Mode – are driven by a combination of sensors, software, and machine-learning technologies running on the new A15 Bionic chip. Cook called this “like having a Hollywood rig in your pocket.”

These high-quality cameras will become tools for creative and marketing departments, and companies will use them for asset and social media design, among other things.

What’s also important is that iOS 15, due out on Monday, introduces a range of additional machine vision APIs, some of which may have a bearing on aspects of your business. IDG’s recent Insight study showed 10% of enterprises are using computer vision today, 37% intend to implement it and 44% are investigating future use. Business & Decision, for example, has developed a quality control system for Covid-19 vaccines based on computer vision.

While Apple may be focused on how Hollywood uses its meld of sensors, software, and AI, the reality across most enterprises is that computer vision is a key area for process optimization and business change.

What this means: Apple now offers a stable, powerful solution accompanied by SDKs that may form building blocks for creative use of computer vision in your enterprise. That Apple didn’t discuss AR very much almost certainly implies it has much more it wants to say, probably in spring 2022.

The new iPad mini is small, but big. It hosts the same processor used in iPhone 13 (which augurs well for Apple’s Mac and iPad event in October), is available with 5G and support for Apple Pencil 2, and provides 8.3 inches of display in the same footprint as before. It’s a powerful tool that I think will be the choice of many who need a device they can carry everywhere with them. It’s also a tool for which most enterprises will find use cases.

It seems clear that Apple thinks so, too.

When introducing the device, Apple showed footage of the iPad mini in real work situations. And speaking after the launch Cook talked about customers using it in hospitals, classrooms and for mobile work in multiple industries. And 5G/cellular means you can use it to work in a field.

“With its ultra-portable design and wide range of uses from everyday tasks to creative and enterprise applications, there’s nothing else like iPad mini. The new iPad mini is a huge leap forward that can be held in the palm of your hand.”

What this means: iPad mini looks like a perfect solution for a myriad of uses and pits the device squarely against devices currently used by field service, engineering, or warehousing teams.

What about the processor?

There was a lot of consternation when Apple declined to give any comparative speed specifics for its A15 chips. Yes, it said how much faster it was in comparison to “leading competitors,” but didn’t unleash a great deal of data to show improvement in comparison to its previous chips.

Naturally, this led conspiracy theorists to postulate that Apple’s processor design teams have somehow hit the limit of what they can achieve. This doesn’t ring true.

What seems more likely is that the 5-nanometer (nm) A15 processor is an evolution of the also 5-nm A14 chip. In this iteration, Apple has focused its teams on graphics performance and battery life, rather than performance, because that’s what consumers wanted to see improved. Why focus on performance when you already offer the fastest mass market mobile chip on the planet?

The next big leap in performance will come with the move to 3-nm process manufacturing, which was originally expected in 2022, but may now arrive later. The 1TB max storage may also be a game changer for some users.

What this means: Better battery life, astonishing graphics (and computer vision AI) and you still run the fastest processor on the block. Most enterprises need to spend more time focusing on developing unique advantages, rather than competing in speeds and feeds, I guess. But I do enjoy speed comparisons.

We all want a phone we can keep using. Apple’s decision to boost battery life is one that matters to everyone, and one of the biggest criticisms its devices historically face. What you get:

What this means: CCS Insight analyst Ben Wood nailed this: “It looks like Apple has made good progress on battery life, something that is hugely important to consumers spending more and more time glued to their phones. For people upgrading from much older iPhones, the improvement will be dramatic.”

One depressing reality that also emerged post-event is the reality of Covid-19 and its impact on international supply chains. Morgan Stanley analyst Katy Huberty noted that Covid-related travel restrictions slowed Apple’s ability to respond to a series of last-minute production challenges that emerged when building the new Apple Watch Series 7.

“The lack of immediate availability or a concrete Series 7 ship date seems to confirm a slower production ramp, but it is unclear how exactly this will impact shipment timing,” she said.

What this means: It remains vital to monitor and protect supply chains and your human infrastructure heading into autumn. While vaccines may help in some places, they aren’t yet universally available, which suggests most business should expect further impacts.

The sum of the parts is big

Apple has 900 million existing iPhone users who haven’t yet purchased a 5G smartphone. Carrier offers, long battery life, and advanced photography features (among other things) will change that. As Evercore’s Amit Daryanani said:

“The incremental features will make this a compelling product for the 900M+ iPhone users that didn’t purchase the iPhone 12 – ensuring the iPhone cycle sustains into CY22.”

Please follow me on Twitter, or join me in the AppleHolic’s bar & grill and Apple Discussions groups on MeWe.