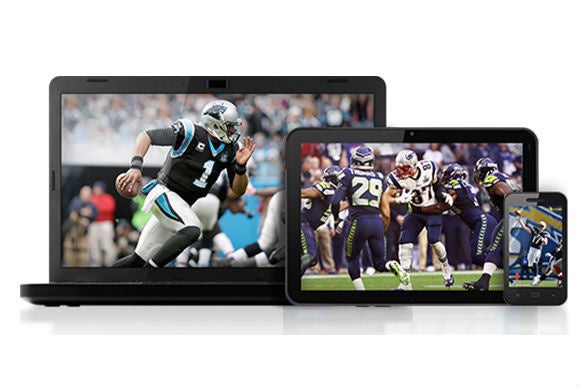 Despite the lingering COVID-19 pandemic, the NFL looks to have a relatively normal season this year, with full stadiums and even an extra week of football as the league moves to a 17-game schedule. And cord-cutters won’t have to miss out on any of the action. More than any other sports league, the NFL has consistently embraced new ways to present its games.There are now more options than ever for getting your gridiron on once the season gets underway on Thursday, September 9, with a matchup between the Dallas Cowboys and the Super Bowl LV champion Tampa Bay Buccaneers.

Here’s our guide to all your streaming options, updated for the 2021 season.

Use an over-the-air antenna

Unlike the NBA, NHL, or MLB, the NFL plays a simple 17-game schedulem, with each team playing one game a week. That lends itself to predictable TV programming. The league splits the Sunday afternoon telecasts by conference: generally, AFC games air on CBS at 1:00 p.m. and 4:05 p.m. ET, and Fox runs the NFC games at 1:00 p.m. and 4:25 p.m. ET.

NBC hosts the popular Sunday Night Football broadcast, which kicks off at 8:20 p.m. ET. All you’ll need is an over-the-air TV antenna and reasonable proximity to a broadcast tower. You’ll find our top antenna picks here.

This year, Thursday Night Football (TNF) will air exclusively on the cable-only NFL Network in weeks 2 through 4 and in week 16. Fox will air TNF from weeks 5 through 15 (with the exception of Thanksgiving night), as well as the Christmas game between the Cleveland Browns and the Green Bay Packers. All the Fox games will be simulcast on the NFL Network and the Spanish-language Fox Deportes as well as streamed on Amazon Prime Video.

That leaves out only the iconic Monday Night Football game on cable-only ESPN, to which you can get access via one of the streaming options below.

If this abundance of TV offerings has your head swimming like you just took a bone-crushing hit from J.J. Watt, check out 506Sports.com or Sports Media Watch. Each site lists which game is on which channel for each week of the season. Bookmark them for easy access.

Even if you don’t have a cable subscription or a TV antenna, you still have plenty of options for catching all the pro pigskin action. Streaming options continue to expand each season, offering plenty of ways to tailor your viewing. But while we highlight what each service offers, the availability of individual channels’ live content can vary by market. It pays to check via each service’s website to see what it offers in your area before subscribing.

Paramount + will stream CBS’s NFL telecasts to subscribers of its $10-per-month Premier tier. You can also stream these games through your cellular connection with the Yahoo Sports app. And, as mentioned, Amazon Prime Video will stream all the Thursday Night Football games broadcast on Fox. If you don’t want to shell out the $119 annual Amazon Prime membership fee to get access to Amazon Prime Video, you can still catch those games as they’ll also be streamed live for free on Amazon-ownedTwitch

FuboTV will give you CBS, FOX, and NBC for all Sunday games, plus NFL Network for the Thursday matches as part of its Starter package, which costs $65 per month. For an additional $11 per month, you can also get NFL RedZone via the service’s Sports Plus add-on.

Hosted by Scott Hanson and existing only for about a seven-hour window each Sunday, RedZone airs nothing but the day’s highlights (mostly touchdowns, as the name suggests) at a frenetic pace that perfectly evokes the adrenaline rush of a game-winning drive. Here’s an easy guide to signing up for NFL RedZone.

Both Hulu + Live TV and YouTube TV include CBS, NBC, FOX, ESPN, and NFL Network in their $65-per-month subscriptions, giving you every channel you need to catch all the season’s action.

Sling TV’s Orange and Blue package gets you NBC, FOX, ESPN, and the NFL Network for $50 a month. Currently, the company is offering the first month for just $20. You can also get RedZone for $11 per month with the Sling Blue Sports Extra add-on.

NFL Game Pass lets you watch all out-of-market preseason games live, and you can replay every regular-season game after its conclusion in either full or condensed versions. If you can live without seeing the action, you can opt for live localized radio broadcasts from wherever you have broadband access. NFL Game Pass also gives you access to NFL Films Library (America’s Game, Mic’d Up, Super Bowl Classics, and more) and NFL Network Shows (Good Morning Football, Total Access, and Fantasy Live) on-demand.

NFL Game Pass costs $100 for the season. In addition, mobile apps are available for most streaming platforms, including Amazon Fire TV, Android TV, Apple TV, PlayStation 4, Roku, and Xbox One.

While that represents just a tiny fraction of all Super Bowl viewing, it shows that there is an audience willing to embrace alternatives. And if the NFL continues to make a serious commitment to live streaming, perhaps it will set a new bar for broadcasting sports in the 21st century just as it did in the 20th.

Looking for even more ways to watch the game this season? Don’t miss our roundup of second-screen apps. And don’t miss this edition of Cord Cutter Confidential, which discusses how to use the $5-per-month Locast to stream NFL games by tuning into local broadcast channels—even if you don’t live in the market where the game is being played.