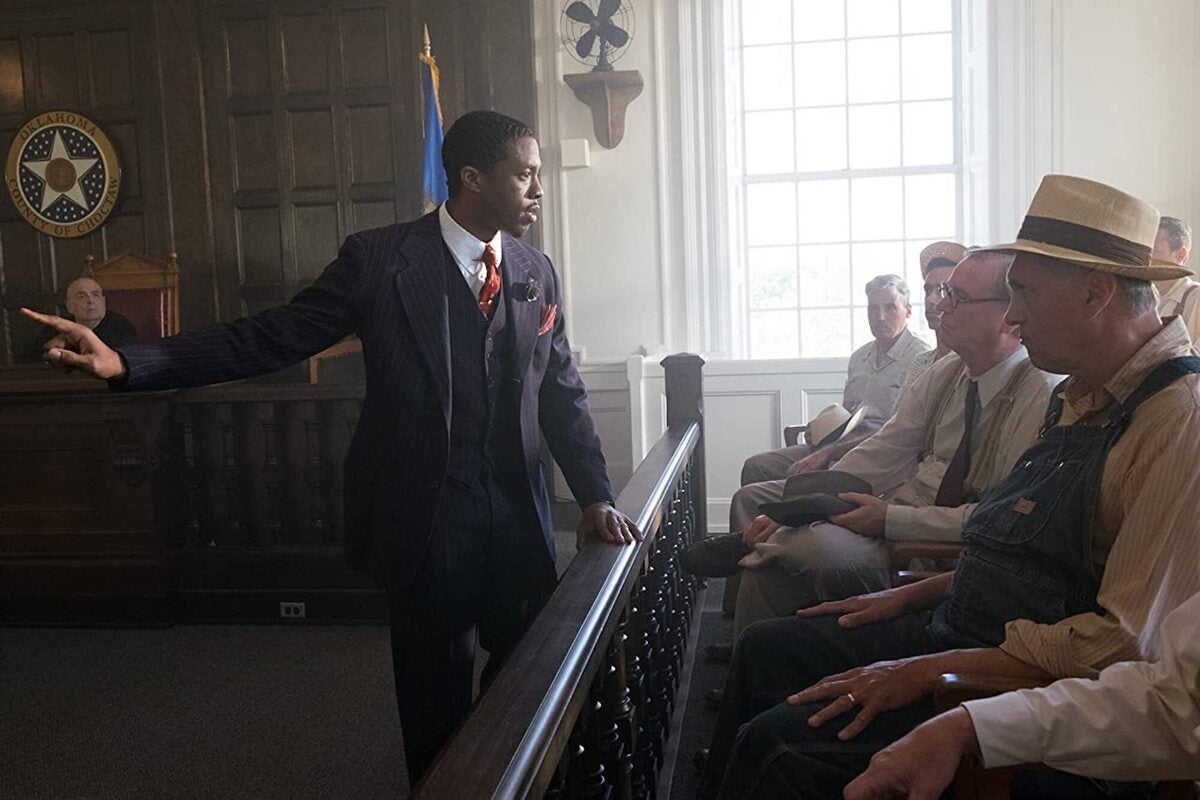 Netflix has an incredibly large library of movies and TVs these days, both original productions and entertainment licensed from studios across the globe. Not all of it is great—for every The Irishman you’ll encounter two or three bombs like The Kissing Booth—so finding something worthwhile to watch can be a challenge if you don’t have the time—or the patience—to sift through thousands of titles. Here we focus on the best that Netflix has to offer, so you can spend more time watching and less time searching.

As movies age off this list, we’ll add them to our larger collections of the best movies on Netflix and the best TV shows on Netflix.

Sofia Coppola’s remake of the 1971 film directed by Don Siegel and starring Clint Eastwood follows roughly the same story, but with a subtler touch. Whereas Siegel’s film was almost like a psychological horror tale, Coppola not only fleshes out the female characters and makes their motivations more emotional, but also provides a more sensual, poetic touch, using elements of nature to provide a misleading comfort, and a disquieting confinement.

The Beguiled (2017) takes place during the Civil War in the Deep South, where a girls’ school continues to operate with a small staff and a handful of students. Nicole Kidman, in a clever performance, plays the headmistress, Kirsten Dunst is a teacher, and Elle Fanning is a coy, young flirt, experimenting with her newfound sexuality. Colin Farrell plays a wounded soldier nursed back to health by the women. While recuperating, he begins to romantically and sexually manipulate the other women, a game that turns slowly darker.

James Wan graduated from the gore of Saw (2004), to the sophisticated, intriguing horror of this film, whose success launched an ongoing series of interconnected chillers (“the Conjuring Universe”). The Conjuring (2013) takes its story from the case files of real-life paranormal investigators Lorraine (Vera Farmiga) and Ed Warren (Patrick Wilson). In the early 1970s, the Perron family, Roger (Ron Livingston), Carolyn (Lili Taylor), and their five daughters, begin to experience all kinds of creepy things in their new Rhode Island home.

The Warrens think there’s a demon at work, but when Carolyn becomes possessed, Lorraine’s clairvoyant abilities may not be able to withstand an exorcism. Wan’s brilliant directing, editing, and use of space, bring fresh, soul-chilling energy to all the old scares. This is perhaps partly thanks to the superb, eerie score by Joseph Bishara, and also because of the metaphysical awareness that this comes from a true story.

David Fincher’s creepy little crime movie features Michael Douglas as Nicholas Van Orton, a slick businessman who gets a most unusual birthday present from his brother (Sean Penn), a “game” that will provide some real-life thrills for the man who has everything. Van Orton tries to return the present, but strange things begin happening to him. Is it the game, or is it something more sinister?

The late, great Chadwick Boseman plays one of his best heroic roles, a young Thurgood Marshall in this powerful, entertaining biopic. Unlike many other biopics, Marshall (2017) is not flashy or pandering. Instead, director Reginald Hudlin, who started his career back in the early 1990s with House Party and Boomerang, concentrates on a crisp, workmanlike flow and on organic, balanced storytelling. The story takes place early in Marshall’s career, when he was an NAACP lawyer, and well before he became the first Black Supreme Court justice.

Like John Ford’s classic Young Mr. Lincoln, it focuses on a single court case. In Connecticut, a Black man working as a chauffeur (Sterling K. Brown) is accused of raping his employer, a white woman (Kate Hudson). Marshall enlists the aid of local Jewish lawyer Sam Friedman (Josh Gad), who has no experience in criminal cases. The future of the NAACP is at stake, and our heroes must face off with a white, racist judge (James Cromwell) as well as other obstacles. Rather than a story about greatness, it’s a story about a quality of character that leads to greatness.

Guillermo Del Toro’s masterpiece Pan’s Labyrinth (2006) effectively, lovingly combines fantasy and fairy tale imagery with real-world horrors, with powerful results. It’s a film that gets better every time you see it. In the Spain of 1944, a young girl, Ofelia (Ivana Baquero), journeys with her pregnant mother Carmen (Ariadna Gil) to live in a remote castle with her new stepfather, the fascist Capitán Vidal (Sergi López). There she discovers the title labyrinth, and its primary resident the “Faun” (Doug Jones), who charges her with three tasks.

In this computer-animated film, the busy Lin Manuel-Miranda wrote new songs and provides the voice of the main kinkajou, named “Vivo.” Vivo is happy busking on the streets of Havana, but when his person Andrés (voiced by Juan de Marcos González, of Buena Vista Social Club) dies, he discovers he has a mission. He must get Andrés’s final song, a love song, to his long-lost amor, superstar Marta Sandoval (voiced by Gloria Estefan), who is giving her final performance in Miami.

Andrés’s yappy, free-willed grand-niece Gabi (voiced by Ynairaly Simo), however, decides to tag along, much to the chagrin of her mother (voiced by Zoe Saldana). Despite dragging a bit in the middle, Vivo (2021) is spirited and lovely and Manuel-Miranda’s energetic, vivacious songs are invigorating.