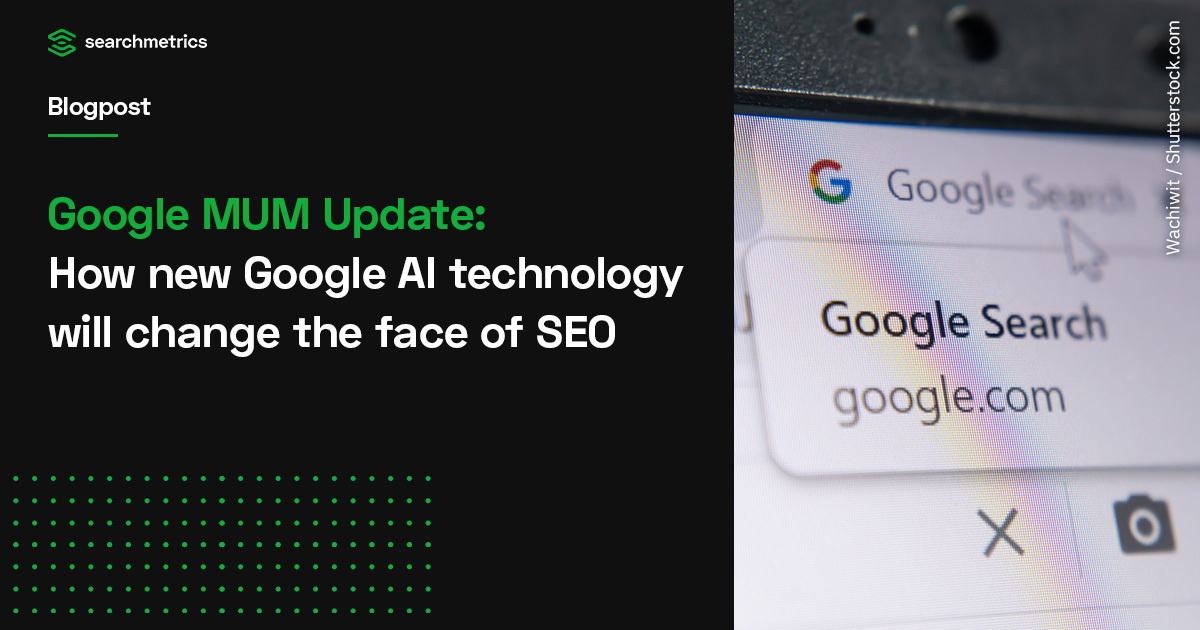 Google has unveiled MUM, its latest technology that will enable the search engine to better understand content and search intent. Google itself says that MUM is a thousand times more powerful than its predecessor BERT, and will help Google better understand not only written text but also videos, images, and podcasts in 75 languages – taking it one step closer to a real conversation with users. What exactly will MUM mean for the webmaster and SEO community?

What is Google MUM?

At the annual developer conference Google I/O in May 2021, Google announced that they were working on a new AI-based technology that goes by the name of MUM that will be a thousand times more powerful than their 2019 BERT update. The acronym MUM has nothing to do with mothers, though. It stands for ‘Multitask Unified Model’, a machine learning model that is not just better at understanding written text but, in fact, any kind of content. This multimodal approach means MUM can unlock information from different formats and make connections between different types of information, enabling Google to provide better answers to complex search queries.

Google described the concept behind MUM in a blogpost, saying that, for more complex queries, it usually takes around eight searches for a user to get the best result. MUM not only understands language, but also generates it and is trained in 75 languages, allowing it to develop a comprehensive understanding of information and world knowledge that will help it better interpret complex search queries in their specific context. MUM will also be able to reply in a more natural conversation-like manner, bringing Google closer to the conversational search experience they want to deliver, an aspiration they expressed when the Hummingbird update was launched eight years ago in 2013.

According to Google, MUM can unlock information in documents (HTML, PDF, TXT, …) as well as image, video, and audio content, contextualizing and linking content in a way that goes beyond the “artificial” level of language. For future searches, this means that the priority will be to provide information that is the best fit for the search query, rather than merely scanning documents on the subject matter. In this respect, MUM is also creating the basis for translating information from other languages and making it accessible in the user’s language.

For Google, this marks a huge step forward, bringing them closer to fulfilling their corporate mission “to organize the world’s information and make it universally accessible and useful.”

Google’s MUM AI technology will be rolled out in Google Features over the coming months and years – an iterative process where Google will be watching out more for the impact of eventual distortions or one-sidedness.

Our mission is to organize the world’s information and make it universally accessible and useful.

The benefit of Google MUM for webmasters and SEOs

When it comes to SEO in a world with Google MUM AI technology, our Chief SEO Consultant Marcus Pentzek says reassuringly, “To begin with, nothing should change for content SEOs,” adding that this new technology will give Google new ways to improve its understanding of content. And the job of a good SEO – which is to endeavor to publish optimized content on their website while delivering the best possible user experience – would not change.

Back in 2019, it was BERT that helped Google understand search queries better and, by extension, list content in the search results that fit the search query better.

So, for the time being, SEOs will carry on as before – at least those SEOs who strive to create relevant, high-quality content across all formats (text, image, video, and audio) that helps answer the target group’s search queries or questions.

As to MUM’s 75 languages and its improved understanding of audio or video content, our Chief Consultant Marcus sees one huge advantage in this – but with a catch:

“The benefit for SEOs is that in future Google will be able to focus more strongly on certain media that were not considered in the past – videos, images, or podcasts. Plus, a website can also appear for search results in languages other than the website language.” For Marcus, this could be because the search language might not return the best possible answer, so Google identifies, translates, and displays the search result in the other language for reference. 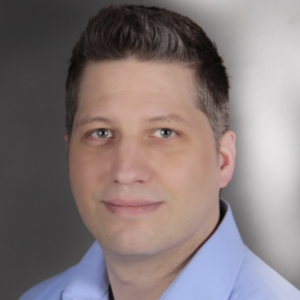 “In future, we will see our content compared against so much more multimedia information in multiple languages, meaning there will be so much more competition than before,” Marcus Pentzek, Chief SEO Consultant Searchmetrics

At the same time, with the ability to feature above-average quality content in other languages, as well as the improved audio and video content processing, Google is opening itself up to more competition, which is a huge disadvantage.  There will be substantially more competition in Search. “In future, we will see our content compared against so much more multimedia information in multiple languages, meaning there will be so much more competition than before,” Marcus says, commenting on the potential impact of this new development.

If MUM AI improves Google’s understanding of language and search content, the search engine will also try to answer more questions itself – be it in a Direct Answer that draws on Google’s own data sources, or in a Featured Snippet. “I think we can assume that Google will continue to link its answers to a source that users can visit if they are looking for information over and above what is contained in the SERP,” explains Marcus. “When it comes to more complex search queries, I have yet to see a recipe, list etc in the Featured Snippets that contains sufficient detail that I no longer need to go to the original source.”

What will MUM mean for users?

This would be a huge leap from the capabilities of the 2013 Google Hummingbird update, when a Google search went something like this:

MUM AI, on the other hand, will make search dialogues between user and Google more like a real conversation. Here is what a future dialogue with Google might look like:

MUM is the first step toward creating a conversation between search engine and users. In the fictional dialog above, there is little room for websites – but that is just one of many possible scenarios, and the scenarios differ depending on the search query or intent. With a search for an online shop selling a specific product with mainly positive reviews, free delivery, pick-up in a certain city, or Bitcoin payment, Google will then include websites in the results.

MUM AI will increasingly transform Google from a search to an answer engine, as the understanding of content moves beyond the written word to images, videos, podcasts, etc. The 75 working languages are not only impressive but also provide a more comprehensive basis for finding the optimum answer to search queries, regardless of language or media.

For webmasters and SEOs, MUM will not bring change for the time being. At least for those who work tirelessly to deliver high-quality content and an optimum user experience. The better understanding of search results across different media and languages, however, will increase a website’s potential target group – and with this the competition.

Nonetheless, we shouldn’t expect miracles from MUM the moment it is rolled out. Google has spoken of a long-term rollout over years and already gave us a taste of a conversational search dialog between user and Google back in its 2013 Hummingbird update—or at least showed us how this might work in theory. Google’s aim to organize the world’s information and make it universally accessible and useful remains unchanged. And we shall continue to watch this space with bated breath.

Check out our Knowledge Hub where you can find out more and explore the impact updates could have on your website ranking.

September 20, 2021
Google Completes the Second Half of the Page Experience Update

Google Completes the Second Half of the Page Experience Update