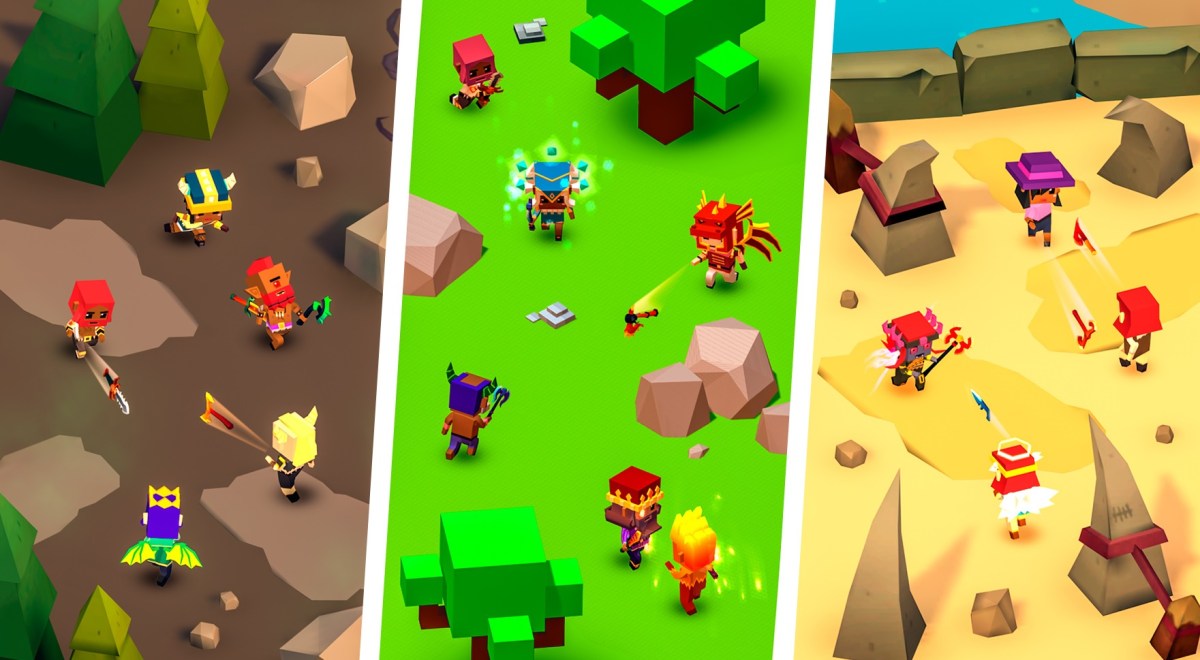 Elevate your enterprise data technology and strategy at Transform 2021.

Azur Games is one of those companies that has quietly become one of the top ten game publishers in the world with more than 1.5 billion downloads. It did so by pivoting into the emerging hypercasual games on mobile devices.

Now the company has more than 300 employees in Cyprus and Eastern Europe, said Dmitry Yaminsky, CEO of Azur Games, in an interview with GamesBeat. And in the first quarter, Azur’s Stack Ball and Hit Master 3D games were among the top-20 most downloaded games worldwide, according to measurement firm Sensor Tower.

During this successful run, Yaminsky found that while many hypercasual games remain big hits for about a month, they quickly fall off after that. But the downloads don’t go to zero. Rather, they fall to maybe 10% or 20% of the early numbers. And then they stay at that level of perhaps 100,000 downloads a month for a long time, giving the games a longer life and a more predictable revenue stream. And with so many games in the library and upcoming pipeline, Azur Games has a pretty good business that can sustain the employee base, Yaminsky said. Stack Ball is the biggest hit, with more than 300 million downloads, while WormsZome.io has more than 200 million downloads.

But the competition isn’t easy. There are rivals like Voodoo Games, SayGames, Rollic, and others. 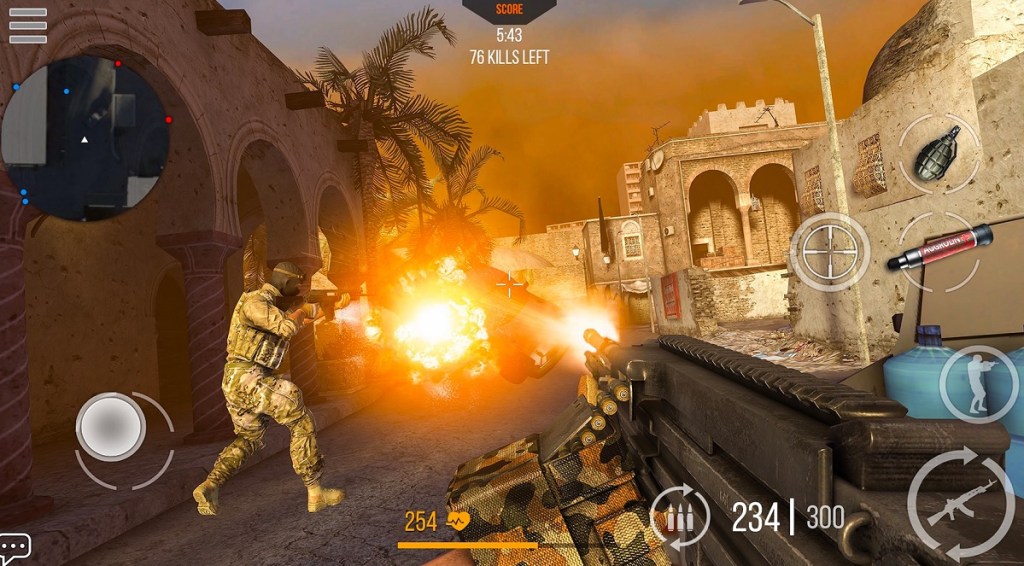 Above: Modern Strike was the first hit by Azur Games.

Yaminsky previously worked in the advertising industry, but decided to move into games after a downturn struck in 2014 and 2015.

Yaminsky formally started the game publisher in 2016 in Moscow to publish midcore games, or those with hardcore themes but can be played in short cycles on mobile devices. The company found a studio that was working on a title called Modern Strike Online, a mobile take on Counter-Strike. And they helped them with the launch with marketing at first.

That game became a huge hit with more than 70 million downloads, and Azur Games acquired half of the development studio.

“It was very successful. And with the launch of the game, I decided to work on other games. And so after the company started as a mobile publisher, and then we started our own development,” he said.

In 2017, hypercasual games — which take perhaps a minute to play — started taking off, thanks to new game companies like Voodoo Games. He moved the headquarters to Cyprus.

“We didn’t really know how to approach user acquisition for the new market at the time, so we decided to fund and conduct an experiment — two people from the team made a hypercasual game that became a hit,” Yaminsky said. “It turned out that two or three people can create a project with better metrics than a team of 60 in the midcore segment. That was our pivot.”

In the first experiment, one person worked on programming and another on art. It took about a month to finish the game. On its first day, the game generated $1,000 in advertising revenue. On the second day, it was $2,000.

“Then we started acquiring users,” he said. “Back then it was just so easy. There were so few competitors. A lot of people said it was impossible. I said it was my money. Let me waste it. In fact, the first game I launched was a real success.” 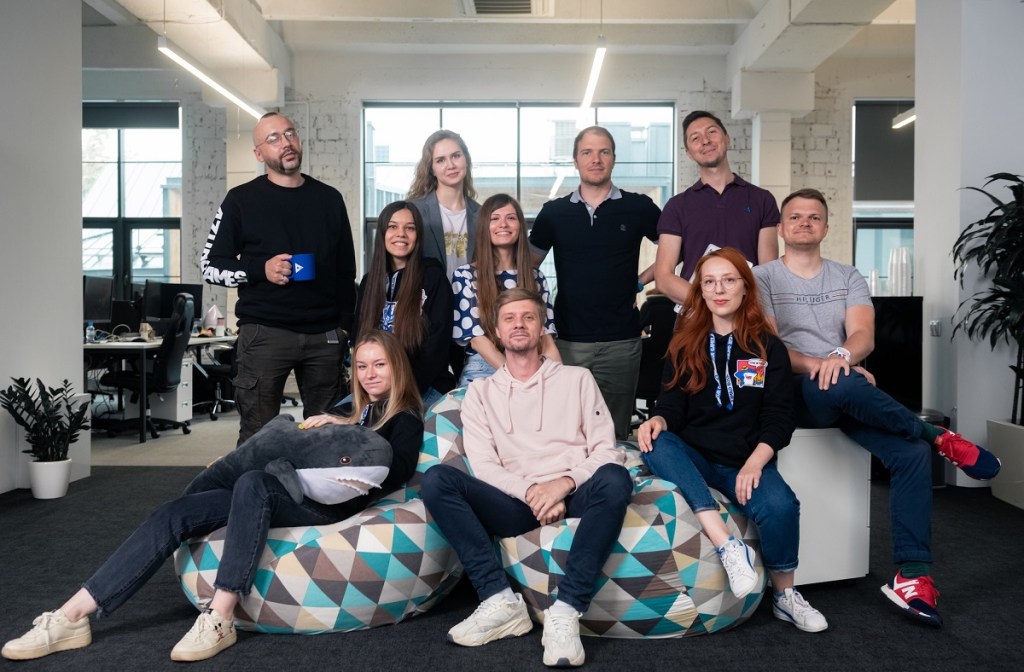 Above: Some of Azur Games’ employees in Cyprus.

Some companies started churning out games like factories. It was relatively easy to grow in hypercasual at that time since the market was small and the developers were very enthusiastic about presenting their games.

That’s when we knew we needed to stand out from the other publishers and tried to see the teams for their potential, refine the prototypes, and accumulate expertise within the company,” Yaminsky said. “This was a breath of fresh air for the industry, since most publishers at that time just looked at the first metrics — if they were good, then they took the project, if not, they sent it back to the developer.”

Azur Games started to build an ecosystem that would be comfortable for the developers and grow projects within it. It shared its experience and actively helped budding studios and solo developers to enter the market. As a result, the marketing budgets grew, the studios learned to trust Azur Games, and the company began attracting a lot of new developers.

While the headquarters is in Cyprus, the team is spread out, with back offices in Dubai and Moscow. Most of the people work remotely, which helps the company grow quickly. About 50 people work in marketing and analytics, while a team of 30 motion designers work on creative ads that help the games spread. About 200 people work on midcore projects, which can have higher margins. 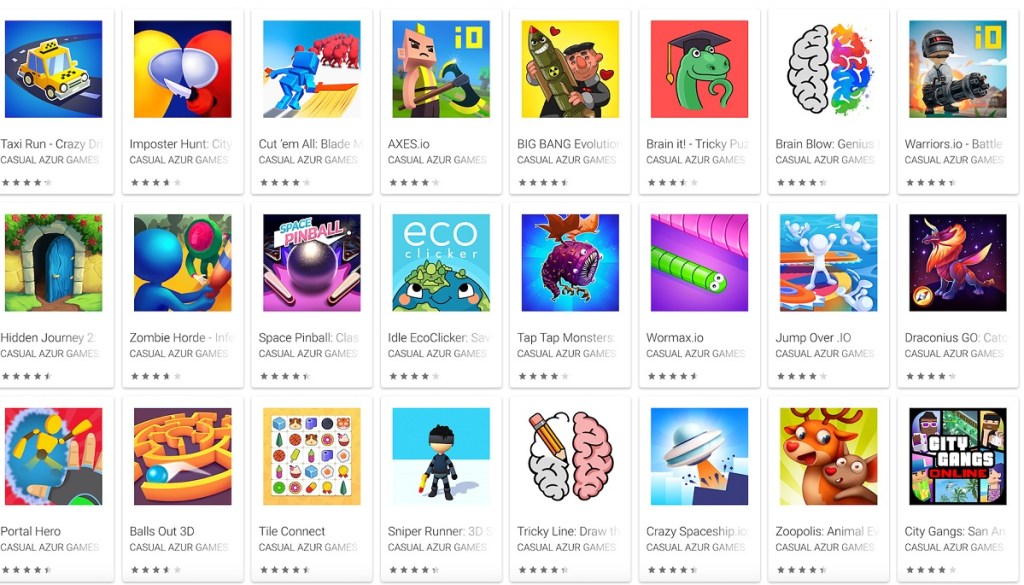 Above: Azur Games has lots of hypercasual titles.

“We’re trying to pave our own way,” Yaminsky said. “Many companies on the market are still waiting for finished projects with good metrics. But we at Azur Games believe in teams and improve the projects ourselves.”

While hypercasual games still provides most of the downloads, Azur Games has diversified into the casual game and midcore game segments. Those games will start coming out in the coming months and years.

The hypercasual department consists of several mini-teams, which include a producer, two or three product assistants, and two or three game designers. Each mini-team works with a limited number of studios.

“We prototype about 200 games a month, and after we test them, we launch about one or two games per month,” Yaminsky said. “In other words, to get a lot of downloads, you need to do a lot of work, which isn’t always visible from the outside.”

Staying ahead of competitors 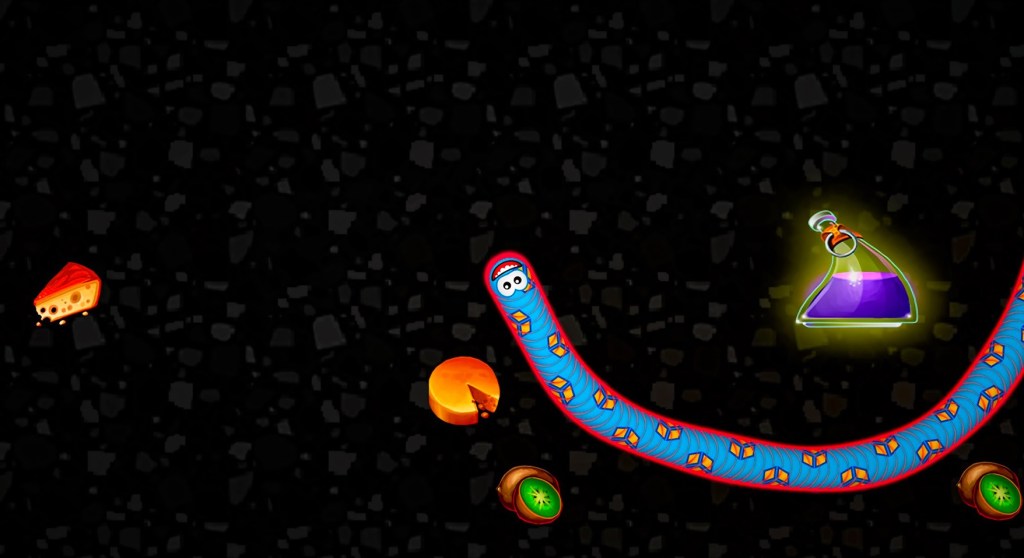 Now that hypercasual is a big market, companies like Zynga have acquired hypercasual firms like Rollic, and the market is crowded.

“You can win as a company only if you share your expertise with developers more than the others, run tests faster, use your own analytics, and invest your skills and experience in development,” Yaminsky said. “We put the emphasis on communication and providing the necessary resources: for example, if the team doesn’t have motion designers, game designers or artists, we involve them as needed.”

In other words, the current strategy is to offer favorable conditions and development infrastructure within its ecosystem. This means that the company is willing to share anything that could help the developers make the right decision, trend-tracking data being one example. At the same time, the company never reworks the games for the studios and it only suggests the direction.

That means the company has to find the right teams to build long-term, mutually beneficial relationships. It has invested more than $10 million in developers to date. Many of the developers are in Eastern Europe, where companies have learned to move quickly and efficiently without running up high costs, Yaminsky said. There are also a lot of educated programmers in the region.

“First and foremost, we always assess the potential. If it’s there, we’re ready to invest our own efforts and substantial amounts of money,” Yaminsky said. “For instance, if there’s a studio with annual revenue of up to $5 million, we’re ready to invest up to $10 million for a 20% to 30% stake, even more in some cases. Meanwhile, the studio stays in control of the project, and we only help to grow it in all directions, including marketing.” 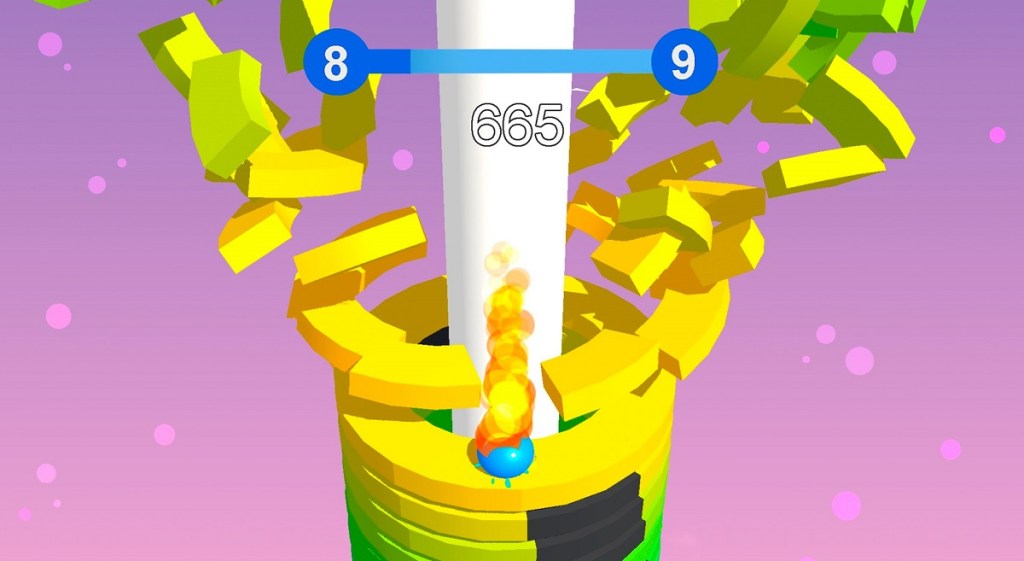 By 2019, the market got a lot more competitive, and now it is even more heated. In the month of May, the company spent more than $15 million in marketing. The company also tries to offer the developers more favorable terms than others do, like paying well for each prototype. This allows them to cover development costs, so they can feel comfortable and try more things than they would in a different setting, Yaminsky said.

“When it comes to the product strategy, we aim at increasing lifetime value of users and paying more attention to in-app monetization,” he said. “This means we’re planning to do deeper projects, but we always take the studio resources into account — if the developer doesn’t have a lot of experience, they work on simple mechanics.”

Now the company is looking for more game studios to invest in to keep generating more hits.

“The number of competitors keeps growing, and we have to stay competitive,” Yaminsky said.

GamesBeat’s creed when covering the game industry is “where passion meets business.” What does this mean? We want to tell you how the news matters to you — not just as a decision-maker at a game studio, but also as a fan of games. Whether you read our articles, listen to our podcasts, or watch our videos, GamesBeat will help you learn about the industry and enjoy engaging with it.

How will you do that? Membership includes access to: